How Refined Carbs Affect Your Weight 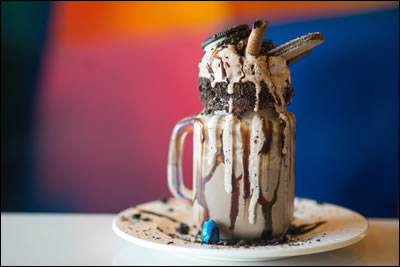 There are many controversies in the field of nutrition and the experts don't agree on many things. But one of the few things that almost everyone agrees on is that refined carbs are bad.

This includes added sugars like sucrose and high-fructose corn syrup, as well as refined grain products like white bread.

Refined carbohydrates tend to be low in fibre and are digested and absorbed quickly, leading to rapid spikes in blood sugar. They have a high glycemic index (GI), which is a measure of how quickly foods raise blood sugar.

When you eat a food that spikes blood sugar fast, it tends to lead to a crash in blood sugar a few hours later. When that happens, you get cravings for another high-carb snack.

This is also known as the "blood sugar roller coaster."

One study served people milkshakes identical in every respect except that one had high-GI and the other low-GI carbs. The high-GI milkshake caused increased hunger and cravings compared to the low-GI shake.

Another study found that teenage boys ate 81% more calories during a high-GI meal compared to a low-GI meal.

Therefore, the speed at which carb calories hit the system can have a dramatic effect on their potential to cause overeating and weight gain.

If you have to eat carbs, it's much better to choose whole, unprocessed carb sources that contain fibre. The fibre can reduce the rate at which the glucose enters your system. For example, it's better to eat a whole orange than a juiced orange.

Studies consistently show that people who eat the most high-GI foods are at the greatest risk of becoming obese and diabetic. That's because not all carb calories are created equal.

Studies show that refined carbohydrates lead to faster and bigger spikes in blood sugar, which leads to cravings and increased food intake.