Soy Facts You Should Know 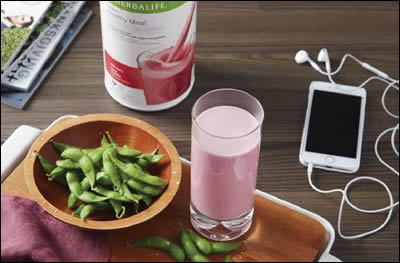 Soy foods have long been recognised as good sources of protein, and in some parts of the world, soy has been part of the diet for thousands for years. In fact, there is a growing body of research to support the many health benefits of soy. And yet, there is still some confusion about this versatile food source.

Plant Estrogens Are Not the Same as Natural Estrogen

Many myths and misconceptions concerning soy foods stem from the fact that soy contains natural plant compounds called isoflavones. Isoflavones are “phytoestrogens,” which are also known as dietary estrogens. Isoflavones have a chemical structure that’s similar, but not identical to natural estrogen, the hormone produced by your body. Therefore, plant-derived phytoestrogens in soy do not exert the same effects as the estrogen that the body produces. When some people hear “soy contains phytoestrogens,” they assume that consuming soy will expose their body to too much estrogen, but that is not the case.

Soy Does Not Have Feminising Effects on Males

This myth has caused some men to avoid soy products completely. In numerous clinical trials, there has been no report of feminising effects in men who were exposed to as much as 150mg per day of soy isoflavones.

When people think of muscle-building protein, they usually think of whey protein. Soy protein is effective for promoting muscle growth, too, but the confusion about phytoestrogens has led to the myth that these plant compounds may lower testosterone levels and interfere with muscle development. This myth is false. Soy is a great source of protein and is also rich in arginine, the amino acid that the body uses to produce nitric oxide, which increases blood flow to the muscles.

Soy Is a Healthy Alternative to Animal Protein

Soy is a complete plant protein: it contains all the essential amino acid building blocks used to manufacture all kinds of specialised protein structures our body needs. Soy is also low in saturated fat and naturally cholesterol-free. Adding soy foods to your diet could boost your intake of vitamins, such as folate and Vitamin K, as well as minerals like calcium, magnesium, and iron.